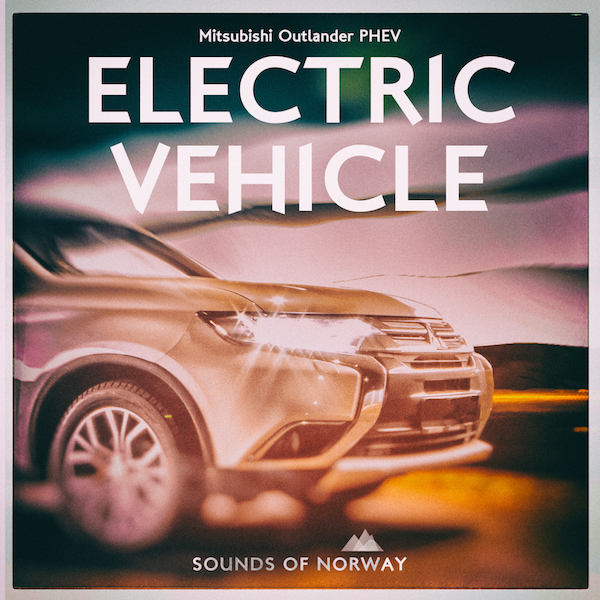 Electric Vehicle is a special library that showcases a Mitsubishi Outlander PHEV (Plug-In Hybrid Electric Vehicle). For this release I wanted to focus on the EV mode of this vehicle even though it has a measly 45km of electric battery range! But no worries! Now you can drive endlessly on battery-power with “Electric Vehicle” by Sounds of Norway!

The electric driveline of the Outlander PHEV has a distinctive sound and once you know it, you can always tell when one is approaching. This library does a comprehensive job of capturing the electric engine sounds, with multichannel recordings from the engine bay and interior cabin while driving a variety of road surfaces and speeds. External drive-by’s, start/stop and driving off into distance and returning were done on 2 different types of asphalt, and a dirt road. On top of that the car has been meticulously recorded in separate stereo and mono recordings inside the cabin with buttons and switches, electric seat adjuster, car doors and seatbelts among others. Externally the doors including the boot and the bonnet as well as the charging port and Type 2 connector have been recorded in a Center-Left-Right configuration to fit a wide variation of applications.

Multichannel recordings are supplied both interleaved (multichannel wave file) and split into stereo and mono files for easier usage.